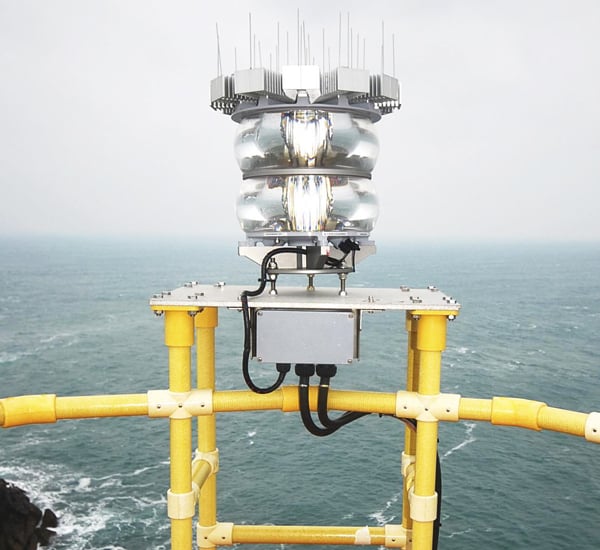 Casquets Lighthouse is located on rocks 13km northwest of Alderney in the English Channel. The Casquets area has been the scene of many shipping incidents in the past. There are three towers that were originally built in the 18th century at the Casquets which are still in use, and the North West Tower was equipped with tungsten‐halogen lamps.

The light is 37 metres above Mean Sea Level in the 23 metres high North West Tower and flashes five times every 30 seconds with flashes 3.7 seconds apart. Under a two‐year modernisation project, Trinity House has upgraded the light to utilise renewable energy sources.

Our partner Hydrosphere, the UK’s leading supplier of aids to navigation was taken on for this modernisation project. The decision to reduce the station’s light from 24NM to 18NM meant that the Vega VLB‐92 Omni‐Mega long range LED beacon was an ideal replacement for the obsolete and unreliable light, which had been installed in 1990.

Marine Products in this Reference

More references from the same topic